This is a personal page, collecting materials relating to the heritage of the Liipfert family name in the US.
This is best viewed on a desktop computer rather than a phone.
If there are errors or you have suggested additions, please contact me by email at the address above.
Christian Liipfert
Leander, Texas
December 7, 2020
Liipfert

1910 Photo
Here is a photo taken in about 1910 when Carl Zeissig and Uncle Otto Liipfert visited the United States.  Otto and William J. returned the visit at Lunzenau, the Liipfert family home in Saxony, in about 1912.  Zeissig was a school teacher in Dresden with whom Eugene Liipfert (my father) (born Winston Salem, North Carolina 1919) corresponded while in high school. 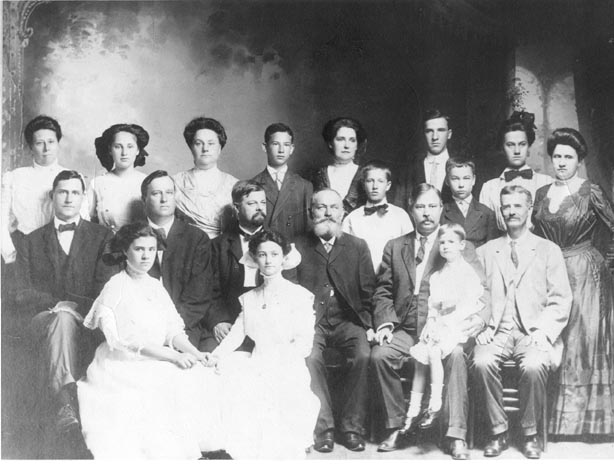 Benjamin Bailey Liipfert had two sons and a daughter

The Liipfert Heritage Book, in German, is